The Audible you Might have Missed from Monday Night Football 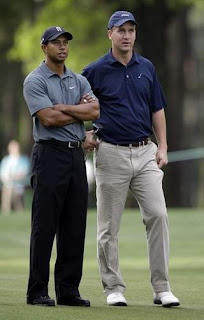 Peyton Manning called an awesome audible Monday night that surprized most of the Colts organization . . .

He contacted Jim Irsay, the owner of the team and asked if his friend Tiger Woods could be granted a sidelines pass for the game against the Dolphins.

It turns out that Tiger wanted to see the game and because of his, well, notariety the best place for that to happen without him being swamped by fans screaming "Tiger, Tiger, Tiger Woods Y'all" (that has to get really old) was going to be from the Colts sidelines.

Good thing that Tiger had a golfing buddy who happened to have some suction with the team and could hook him up.