For What Its Worth: Thoughts on Bucket Lists

A colleague of my devoted husband's is living with a debilitating bout of cancer and struggling to maintain as normal a life as possible as he works his way through the treatment process.  Just this week in his weekly email update to his co-workers he mentioned that someone told him that if he had anything on his bucket list he should consider not putting them off.  I have been thinking about that statement all day

It made me think about my parents as an example.  They used to talk about how for one of their anniversaries they would go to France because that is where my mom's parents had come from.  They used to dream about how great that trip would be.  But then my dad got really sick with a brain tumor.  My mom went on that trip to France for her 30th anniversary, but she went without my father who had died years before she finally went.

It has really begun to bother me.  I don't want to think that the only reason that my husband and I are getting to do the amazing things we have always talked about doing, or are getting that fun toy we have always wanted to own is because one of us is dealing with or has just survived a life threatening illness.


I don't want to call it my bucket list anymore.  I want to pick something really amazing that my husband and I have always wanted to do, or that and we have wanted to have;  or pick a place we have wanted to travel and fit them into our schedule and our budget now instead of waiting until it is too late or until we have some fear that drives us to do them.  Won't we enjoy them more this way?

For starters, I want my husband to plan an amazing golf vacation with his dad while they still both enjoy playing golf.

Pax
Posted by Unknown at 9:12 PM No comments:

I am supposed to list my favorite devotions:  in no specific order:

Pax
Posted by Unknown at 4:35 PM No comments:

RIP Patricia Neal: A Woman of Courage and Strength 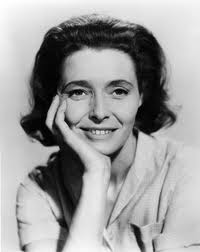 Patricia Neal died yesterday of lung cancer.  She was an award winning actress, and a mother who suffered through the loss of one child and the disability of another child.  She had a series of strokes from which she had an almost miraculous recovery after long rehabilitation.  She had a well publicized affair with Gary Cooper very early in her career and became pregnant.  They decided to abort the baby because Mr. Cooper was married and they wanted to avoid the scandal involved if she had carried the baby to term.

Years later, it was Gary Cooper's daughter Maria, who through her friendship with Ms. Neal brought her back to the practice of her faith, and a sense of peace about the trouble in her life.

When asked once by a priest, if there was anything she could go back and redo, this was her response:


She went on in her later life to become a very vocal pro-life advocate, talking to young women from her own experience as someone who had been in their shoes and asking them to think carefully about the life of their child and the impact that their decision would have on the rest of their lives.

She was a great actress, but her voice as an advocate for the unborn is what will be missed the most.

Did You See What I Saw?

We watched the movie:  "The Invention of Lying"  the other night. It was ultimately intended as a comedy but I think it was also intended as an attack at organized religion and any belief in God at all.   Spoiler alert:  if you haven't yet seen the movie there are a few plot points revealed in the next few paragraphs.

The people live in a world where not only do they always speak the truth, but they also must be brutally honest and have no filtering mechanism whatsoever.  In other words they say exactly what is on their minds in a very unvarnished way.  Then one man inadvertently discoverers that he can lie and because no one else does people believe what he says.  He begins to lie to make the world better for himself, creating a world the way he wants it to be.

When he visits his mother in the hospital and her Dr. has informed her that she will most likely die that day and it will be all over. The son panics and tells his mom whatever he can think of about an afterlife that he thinks will make her happy as she dies, and the Dr and Nurses hear him.   When word gets out that he knows what happens after you die he has to explain how he knows so he makes up a reason for how he came to know this information and what it all means.  No matter how simple the message he was trying to impart, people kept twisting it or hearing what they wanted to hear or just jumbling it into a huge mess, so he kept having to add more and more detail


It was really interesting to me as a commentary on the difficult task of the theologian.  Theologians have the task of creating apprehension of the ineffable.  They try to keep their explanations simple, but just like the man in the movie, no matter how simply they try, people hear what they want to hear, or get the message muddled.  The theologian thinks his message is very clear yet the hearers can't or won't hear it as clearly as he presents it.

Or maybe I was just projecting my own frustrations at trying to write simple essays on theology into this little film.

Why don't you see the movie and tell me what you think.